Home health What is Acute and Chronic Pancreatitis? Symptoms, Causes, and Treatment

What is Acute and Chronic Pancreatitis? Symptoms, Causes, and Treatment

The famous Swedish Disk Jockey DJ Avicii has died at the age of 28, after suffering health problems including Acute Pancreatitis.

The cause of Avicii's death is unclear, but previous health problems forced him to quit music in 2014.

In September, the natives of Stockholm canceled many tours and appearances due to surgery to remove gallbladder bags and appendicitis.

The most likely health problem facing DJ Avicii is Acute Pancreatitis. That's why we should know what is Pancreatitis? Symptoms of Pancreatitis, and how it is diagnosed and treated. 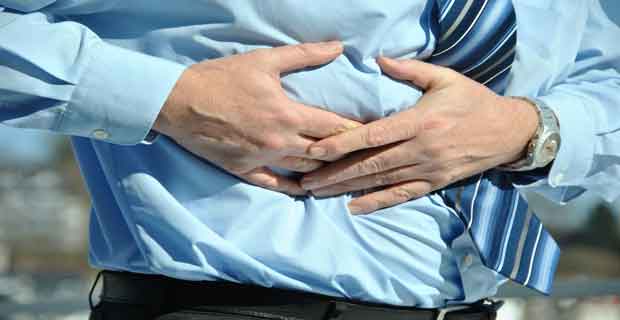 The following is a definition of pancreatitis, its symptoms, causes, diagnosis and treatment as we reported from webmd pages.

The pancreas is a small organ that is a large gland behind the stomach and next to the small intestine under the ribs.

The pancreas does two main things:

1. Produce strong digestive enzymes into the small intestine to help digest food, and ..

2. Producing the hormones insulin and glucagon into the bloodstream. These hormones help the body control how it uses food for energy.

Pancreatitis is a disease in which the pancreas becomes inflamed. Pancreatic damage occurs when the digestive enzyme is activated before it is released to the small intestine and starts attacking the pancreas.

There are two types of Pancreatitis: Acute and Chronic.

Acute pancreatitis Medscape is a sudden inflammation that lasts for a short time. This can range from mild discomfort to life-threatening serious illness.

Severe pancreatitis can also harm other vital organs such as the heart, lungs, and kidneys.

Chronic pancreatitis is a long-lasting inflammation of the pancreas. Most commonly occur after acute episodes of pancreatitis.

What are the symptoms of pancreatitis?

The symptoms of chronic pancreatitis are similar to acute pancreatitis. Patients often experience constant pain in the upper abdomen that radiates to the back.

In some patients, the pain may be disabling. Other symptoms are diarrhea and weight loss caused by poor absorption (malabsorption) of food.

This malabsorption occurs because the glands do not release enough enzymes to digest the food. Also, diabetes can develop if the pancreatic cells that produce insulin are damaged.

In many cases, acute pancreatitis is caused by gallstones or heavy alcohol use.

Other causes include drugs, autoimmune diseases, infections, trauma, metabolic disorders, and surgery. But also 15% of patients suffering from acute pancreatitis, the cause is unknown.

In about 70% of patients with chronic pancreatitis is caused by prolonged use of alcohol.

Other causes include gallstones, pancreas hereditary disorders, cystic fibrosis, high triglycerides, and certain drugs. In about 20% to 30% of cases, the cause of chronic pancreatitis is unknown.

What are the Risk Factors for Pancreatitis?

Pancreatitis can happen to anyone, but it is more common in people with certain risk factors.

Risk factors for chronic pancreatitis include:

How is Pancreatitis Diagnosed?

Doctors may also use other tests, such as:

At a later stage of the disease, the doctor may use blood, urine, and stool tests to confirm the diagnosis.

How is Pancreatitis Treated?

Patients with acute pancreatitis are usually treated with intravenous fluids and painkillers at the hospital.

In some patients, pancreatitis can be severe and they may need to be admitted to the intensive care unit (ICU).

In the ICU, patients are closely monitored because pancreatitis can damage the heart, lungs, or kidneys.

Some cases of severe pancreatitis can cause death of the pancreatic tissue. In these cases, surgery may be needed to remove dead or damaged tissue if the infection develops. (acute pancreatitis icd 10).

Once the gallstones are removed and the inflammation is gone, the pancreas usually returns to normal.

Chronic pancreatitis can be very difficult to treat. The doctor will try to ease the patient's pain and improve nutrition problems. Patients are generally given pancreatic enzymes and may require insulin. A low-fat diet can also help.

Surgery can be done in some cases to help relieve abdominal pain, restore pancreatic enzyme or hormone drainage, treat chronic pancreatitis caused by pancreatic duct obstruction, or reduce the frequency of attacks.

Patients should stop smoking and drink alcohol, follow the dietary advice of their doctors and dietitians, and take the right medication to have fewer and lighter pancreatitis attacks.

Can Pancreatitis be Prevented?

Since most cases of pancreatitis are caused by alcohol abuse, prevention is directed at responsible drinking or not drinking at all.