Indonesia is home to diverse cultures, with thousands of islands and hundreds of tribes, each with their own unique rituals and languages.

As a travel photographer, I long to share stories about these cultural riches.

Since 2005, I’ve made it my mission to take time out from the demands of my daily work to travel, witness, get acquainted with and photograph various cultural events in Indonesia, stretching from Sabang to Merauke.

Every year, Borobudur Temple plays host to the biggest Vesak celebration in Indonesia. 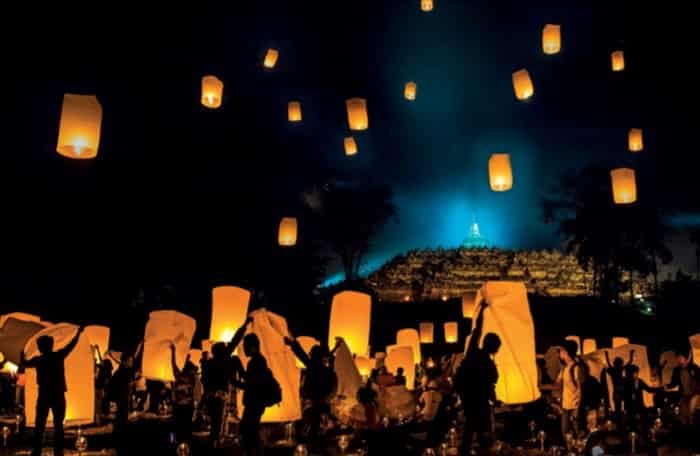 Out of the many ceremonies that take place during this event,  the highlight is the moment when hundreds of lanterns are released into the night.

For this particular shoot, I had to use a high ISO setting at 3200, and with EV-3 I was still able to shoot at 1/60s speed and f/4 aperture, freezing this very moment and at the same time capturing the tip of Borobudur Temple with just the right exposure.

I believe that in a country as expansive as Indonesia, it is the task of those with the privilege to witness and appreciate these diﬀerent cultures to capture and share  their beauty, all of which would otherwise remain hidden from view.

In recent years, Indonesia has seen a positive development when it comes to events that seek to celebrate these very cultures.

Local autonomy has enabled local governments in diﬀerent provinces and cities to package their cultures in ways that may potentially attract tourists.

The boom in local tourism has also seen cultural events packed with visitors, which presents an interesting challenge  for the photographer.

The city of Pariaman in West Sumatra is home to a unique ritual known as Tabuik, held to mark Asyura Day on Muharram 10, or the 10th day of the ﬁrst month of the Islamic calendar. 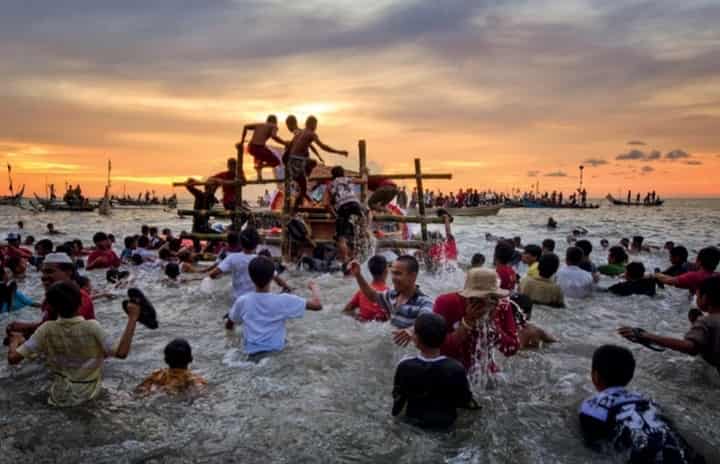 Locals erect two towers that are later paraded around town and pushed out to sea from the beach.

On this particular day, the sun was setting when the tower arrived at the beach, and as it was being released, participants and visitors rushed forward and fought the rising water to get their hands on the many ornaments that adorned the tower.

Pacoa Jara, or the Horse Race,  is a tradition unique to the island  of Sumbawa. Every year, the race arena rotates between Sumbawa Besar, Dompu, Bima and Sape. 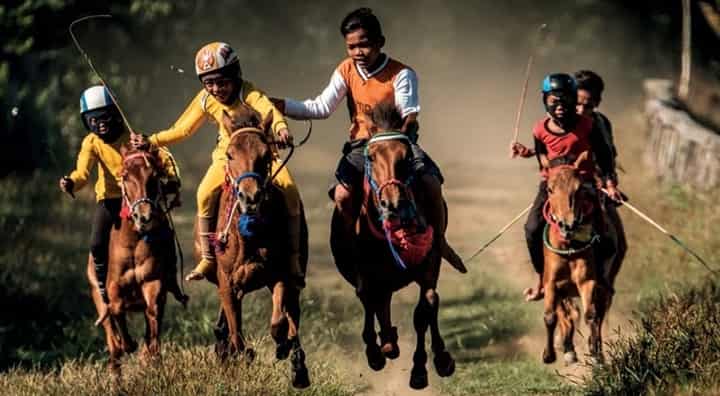 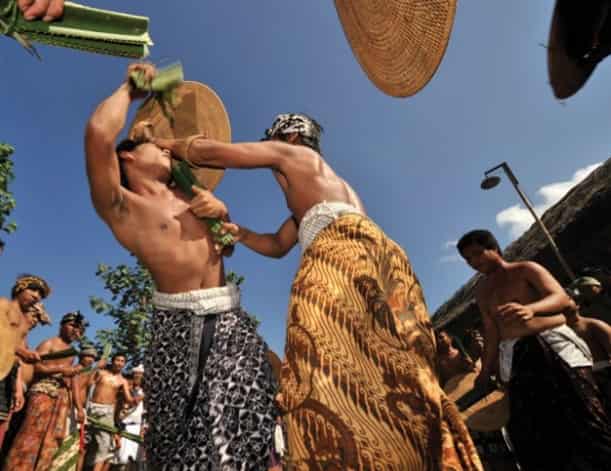 The event culminates with the Makare-kare tradition, also known as the pandan war.

Men partake in the ritual by appearing to ﬁght using shields and thorny pandan leaves as their weapons while the audience watch.

I decided to capture the action from a low angle using  a wide-angle lens, which appeared eﬀective in reducing noise in the background of the image.

The ﬂat blue sky became a subject that oﬀered  a beautiful contrast to the picture.

Tanah Datar is known for its unique Pacu Jawi, or Cow Race, tradition. 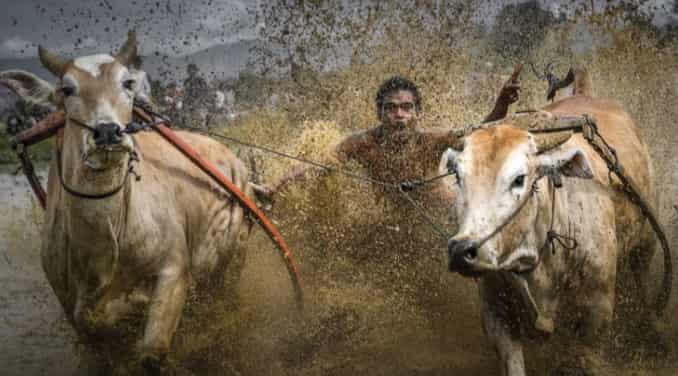 The festivities take place shortly after the harvest as farmers await the next planting season.

Cow owners bring their very best cows to the rice ﬁelds for the race.

Located in South Nias, North Sumatra, the village of Bawomataluo is one of the few villages whose original culture has remained intact. 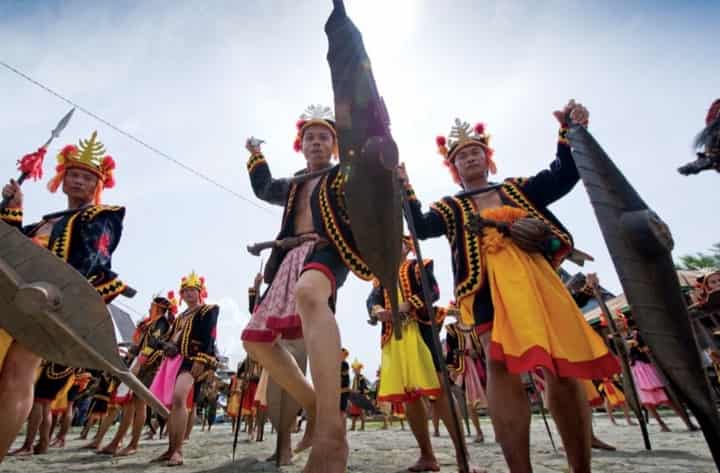 Every year, traditions are celebrated with festivities and ceremonies, spanning hog-killing and betel-eating rituals as well  as performances of the local war dance and the Nias lompat batu (stone-hopping) ritual.