Home travel On a winter trek along the Nakasendo Way - JAPAN

On a winter trek along the Nakasendo Way - JAPAN

Steam rises into the frigid night air. Few locals brave the below-zero temperature, yet here we are dressed  in yukata (Japanese-style robes) with feet dangling  in the heated waters of the grandly named Kiso River Hydrophilic Foot Spa. 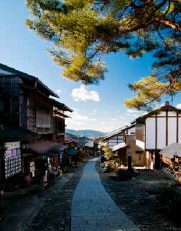 Despite the name’s claims of grandeur, it is an illusion consisting of an open-air water channel with a covering to protect against the elements. The hot waters,  though, are no illusion, and they comfort the soles of our feet after a punishing yet serene nine-kilometre walk along Japan’s Nakasendo Way.

On a winter trek along the Nakasendo Way - JAPAN

Nakasendo literally means ‘central mountain road’ and was one of five  routes established under the Tokugawa shogunate (1600–1868) – the Edo era.

It incorporated several older paths and wound its way through sheer-faced mountains and frozen streams between Kyoto, where the Emperor resided, and the real powerbase of Edo –  modern-day Tokyo – home to the Tokugawa shogun.

Under the dictatorial system, daimyo (regional lords) were obliged to make an annual journey along the highways to Edo in a system called  sankin-kotai. After the Meiji Restoration,  when power was returned to the name  of the Emperor and sankin-kotai ended, the highway system soon fell into disuse. 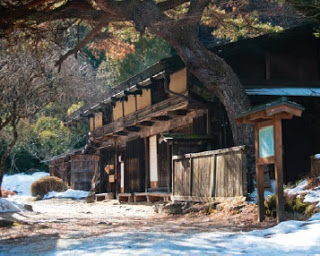 Today hikers are once again taking to the path, and tourists are breathing life into an area that for decades was in decline. Walk  Japan offer a number of multi-day guided hikes along the historic route.

For Hara-san (Mr Hara), a sprightly septuagenarian, it is a return of fortune  for his family. The eighth-generation owner of Shinchaya (New Tea Shop) is once again benefitting from passing trade. “It’s gone full circle.

There was about an 80-year period where we had to find other means of income,” says Hara. For his father and grandfather that meant turning to farming and hunting, activities Hara-san still practises, providing slow food for the guests at his inn.

Thirty years ago a hiking boom meant a steady stream of customers. With more than 20 fields still cultivated, parties like ours can enjoy everything produced locally, right down to the tea and rice. 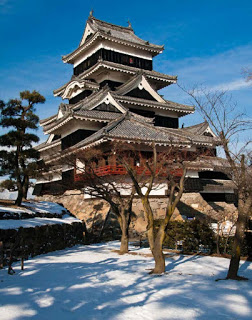 The Walk Japan tour not only brings alive the history of the Nakasendo but offers a window to a fading way of rural life.  Most of the guides, like Ben Corbett on our tour, are foreign but fluent in Japanese with an encyclopaedic knowledge of Japan and its culture.

We join the Nakasendo on the outskirts  of Nakatsugawa in Gifu prefecture, one  of 69 former post towns on the route.

It’s gone full circle. There was about an 80-year period where we had to find other means of income.

Here a kosatsuba (public announcement boards left by the Tokugawa shogunate) greets visitors, laying out the regulations of the way. Many of these were rules outlawing Christianity, while others relate to the smuggling of firearms and what kind of clothes the various classes were permitted to wear. 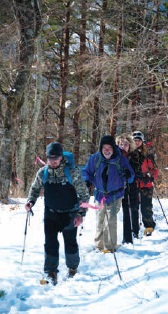 Punishment for breaking most of these was summary execution. Life in the early Edo period was strict and most people could travel no further than the next post town without official sanction. Luckily today all that  is required are stout walking boots as we follow  the route through the Kiso valley.

On the climb up to Shinchaya we are aided by one of the longest stretches – 800m – of remaining ishidatami, where stone slabs were laid on the route so that porters and carriers would have sure footing where needed most.

Day two takes us through the delightful post town of Magome. During the summer the cobbled street winding its way up the hill resonates to the sound of tourists, yet in winter few tourists visit and it is largely deserted in  much the same way as its most famous son, Shimazaki Toson, would have seen it.
Immortalising the Nakasendo in novels that were often thinly veiled autobiographies, he told of the decline in importance of the route in books such as Before the Dawn.

As we crest the Magome Pass and enter Nagano prefecture conditions become wintrier. With the forest of largely cypress and cedar trees carpeted with  a pristine covering of snow and ice we change into snow cleats and use walking poles for the descent. 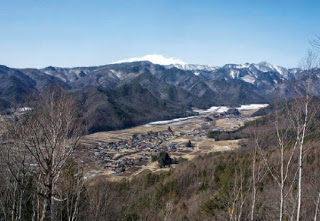 On our way to Tsumago we pass by Odaki and Medaki waterfalls. Ben regales us with the tale  of samurai Miyamoto Musashi who was forced to choose between the way  of the sword and a certain young lady.

They meditated under the respective waterfalls and Musashi went on to become a great warrior!

The next morning we stroll into Tsumago, another of the well-preserved post towns. Here, as in Magome, electricity cables and other talismans of modern life have been hidden to give a period feel.

Each post town was obliged to provide various levels of accommodation for travellers. The honjin, the highest level, were reserved for passing daimyo and high-ranking officials and were surrounded by high walls.

Next were  the waki-honjin, which were for less important daimyo and officials. In Tsumago the waki-honjin dates back to 1877 and is made of high-class hinoki cypress timber.

On the third night we stayed at Iwaya,  a ryokan in Kiso-Fukushima. Most of the places to stay in en route are either minshuku or ryokan.

Both are Japanese-style inns, but minshuku tend to be more basic, family-run accommodation like Shinchaya, whereas ryokan are more luxurious and often, as in the case of Iwaya, have their own onsen (hot spring) baths. 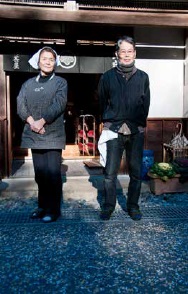 On arrival, as in the old days of the Nakasendo, guests bathe and change into yukata before having dinner.

As we drive into the hills above Kiso-Fukushima, the snow gets gradually deeper. When the bus can go no further, we must rely on snow shoes to take us through the thickly forested trail along the old Hida highway and over the Jizo pass.

The trick to snow shoeing is to dig in with your toes when ascending and with your heels on the way down while leaning back. Unlike skiing, for example, no real skill is needed and it is incredibly good fun.

Once on the Kaida plateau we visit a stud farm, which is saving the Kiso horse. Now numbering about 130, the species is said to have its origins in the horses of the Mongolian steppes.

The final full day sees us climb from Yabuhara using a mixture of cleats and snow shoes to cross the Torii Pass.

It is named after a Shinto torii gate – one of four that guard the approaches to the sacred 3,067m Mt Ontake. From there  it is largely downhill to Narai, the final post town of our tour.

Leaving behind the Nakasendo, the tour ends in Matsumoto, gateway to the Japanese Alps.

It is famous for its castle, nicknamed the ‘crow castle’ due to its black walls and roofs looking like the spreading wings of a bird. Here, though,  we are back to modern Japanese city life and Western-style hotels.

As I cross the threshold into modern Japan, I reflect on my journey. Leaving this place, I feel comforted to know that the wintry time capsule that is the Nakasendo is no longer just a footnote  in a history book, but it remains alive and well in the charming post towns  and in the hearts of its kind people.
Next Post
Previous Post
Comment Policy: Silahkan tuliskan komentar Anda yang sesuai dengan topik postingan halaman ini. Komentar yang berisi tautan tidak akan ditampilkan sebelum disetujui.
Buka Komentar
Tutup Komentar