Muscles, Motor Neurons Inside Your Arm

Standing in front of a door, ready to pull it open. Your brain and muscles are perfectly poised to help you achieve this goal. Your brain sends a signal to motor neurons inside your arm.

What is A Motor Neurons Inside? 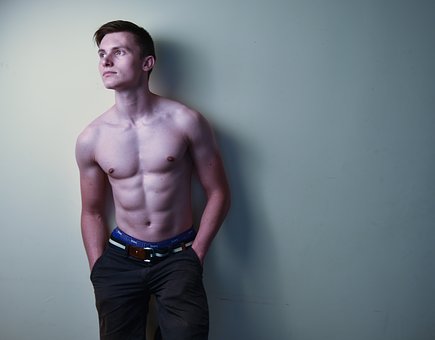 When they receive this message, they fire, causing muscles to contract and relax, which pull on the bones in your arm and generate the needed movement.


The bigger the challenge becomes the bigger the brain's signal grows, and the more motor units it rallies to help you achieve your task.

Each time you take a step, 200 muscles work in unison to lift your foot, propel it forward, and set it down. It's just one of the many thousands of tasks performed by the muscular system.

This network of over 650 muscles covers the body and is the reason we can blink, smile, run, jump, and stand upright. It's even responsible for the heart's dependable thump.


what exactly is the muscular system?

It's made up of three main muscle types: skeletal muscle, which attaches via tendons to our bones, cardiac muscle, which is only found in the heart smooth muscle, which lines the blood vessels and certain organs, like the intestine and uterus.

All three types are made up of muscle cells, also known as fibers, bundled tightly together. These bundles receive signals from the nervous system that contract the fibres inside your arm, which in turn generates force and motion.

This produces almost all the movements we make. Some of the only parts of the body whose motions aren't governed by the muscular system are sperm cells, the hair-like cilia in our airways, and certain white blood cells.

Muscle contraction can be split into three main types. The first two, shortening muscle fibres and lengthening them, generate opposing forces. So the biceps will shorten while the triceps will lengthen or relax, pulling up the arm and making it bend at the elbow.

This allows us to, say, pick up a book, or if the muscle relationship is reversed, put it down. This complementary partnership exists throughout the muscular system.

The third type of contraction creates a stabilizing force. In these cases, the muscle fibres don't change in length, but instead, keep the muscles rigid. This allows us to grip a mug of coffee or lean against a wall. It also maintains our posture by holding us upright. 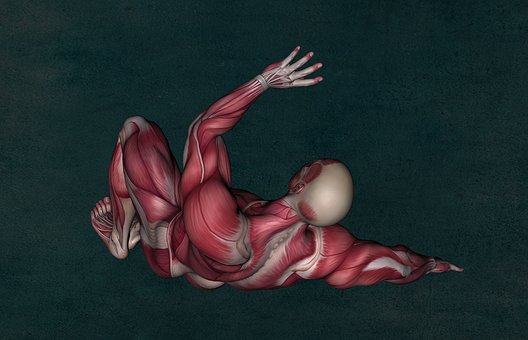 Skeletal muscles form the bulk of the muscular system, make up about 30-40% of the body's weight, and generate most of its motion.


Some muscles are familiar to us, like the pectorals and the biceps. Others may be less so, like the buccinator a muscle that attaches your cheek to your teeth, or the body's tiniest skeletal muscle.

A one-millimetre-long tissue fragment called the stapedius that's nestled deep inside the ear. Wherever they occur, skeletal muscles are connected to the somatic nervous system, which gives us almost complete control over their movements.


This muscle group also contains two types of muscle fibres to refine our motions even further, slow-twitch and fast-twitch. Fast-twitch fibres react instantly when triggered but quickly use up their energy and tire out.

Slow-twitch fibres, on the other hand, are endurance cells. They react and use energy slowly so they can work for longer periods.

A sprinter will accumulate more fast-twitch muscles in her legs through continuous practice, enabling her to quickly, if briefly pick up the pace, whereas back muscles contain more slow-twitch muscles to maintain your posture all day.

Unlike the skeletal muscles, the body's cardiac and smooth muscles are managed by the autonomic nervous system beyond our direct control. That makes your heart thump roughly 3 billion times over the course of your life, which supplies the body with blood and oxygen. 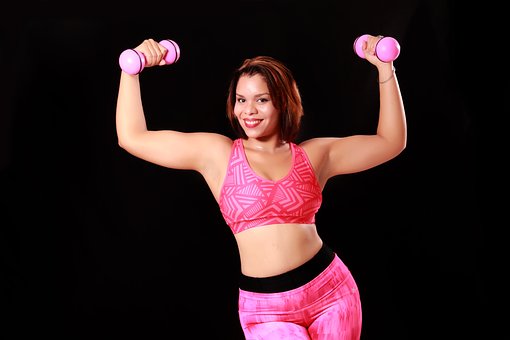 That pumps blood through the smooth internal walls of blood vessels, enables the intestine to constrict and push food through the digestive system and allows the uterus to contract when a person is giving birth.

As muscles work, they also use energy and produce an important byproduct, heat. In fact, muscle provides about 85% of your warmth which the heart and blood vessels then spread evenly across the body via the blood.