What is an Asthma Attack? Asthma Risk Factors

Asthma comes from the Greek word for "panting", which makes sense chronic inflammation of the airways, making them narrow and more difficult to breathe through.

What is an asthma attack? 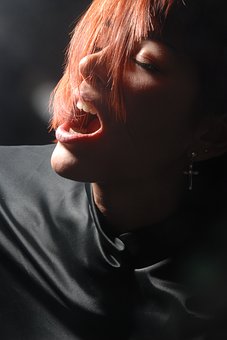 People with asthma can have asthma exacerbation or asthma attacks. It starts with a cough or a wheeze. Soon, your chest feels tight. Your breathing speeds up and gets shallower, making you feel short of breath, these are common symptoms of an asthma attack.


Around the world, more than 300 million people suffer from asthma, and around 250,000 people die from it each year.

Why do people get asthma and how can this disease be deadly? Asthma affects the respiratory system, particularly the smaller airways, such as the bronchi and bronchioles. These airways have an inner lining called the mucosa that's surrounded by a layer of smooth muscle.


What is Asthma Risk Factors?

Asthma risk factors are usually triggered by something in the environment which causes immune cells to generate inflammation in the lungs which can make them even narrower and potentially be life-threatening.

In people with asthma, the airways are chronically inflamed, which can make them hyper-responsive to certain triggers. Some of the many asthma triggers include tobacco smoke, pollen, dust, fragrances, exercise, cold weather, stress, and even the common cold.

When people with asthma are exposed to these triggers, an asthma attack, or exacerbation, can occur. 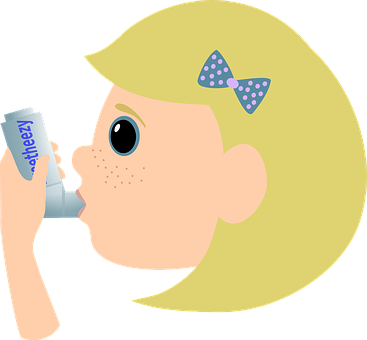 But how exactly do such everyday factors lead to an asthma attack? If an asthmatic is exposed to a trigger, the smooth rings of muscle that circle the small airways in their lungs contract and become narrow.

Under normal conditions, the body uses this mucus to trap and clear particles, like pollen or dust, but during an asthma attack, it blocks the narrowed airways, making it even harder to breathe. These effects lead to this symptom of asthma.

Smooth muscle constriction results in the feeling of chest tightness. Excess mucus and increased inflammation can cause coughing.

The wheezing noise? That happens because as the airways constrict, air whistles as it passes through the narrowed space. These symptoms may make a person feel like they're running out of the air.

Yet counterintuitively, during an asthma attack, the inflammation can make it harder to exhale than inhale. Over time, this leads to an excess of air in the lungs, a phenomenon known as hyperinflation.

The trapping of air inside the lungs forces the body to work harder to move air in and out of them. Over time, this can lead to reduced oxygen delivery to the body's organs and tissues.

Sometimes, in untreated severe asthma attacks, the body can't keep up, which can lead to death from lack of oxygen. How do we prevent these uncomfortable and potentially fatal attacks in people who have asthma? One way is to reduce the presence of triggers.


Unfortunately, the world is an unpredictable place and exposure to triggers can't always be controlled. This is where inhalers, the primary treatment for asthma, come in. These medications help asthmatics both control and prevent their asthma symptoms.

Inhalers transport medication along the affected airways using a liquid mist or fine powder to treat the problem at its source. They come in two forms. There are reliever medications, which treat symptoms immediately and contain beta-agonists.

Beta-agonists relax constricted muscles, allowing the airways to widen so more air can travel into and out of the lungs. 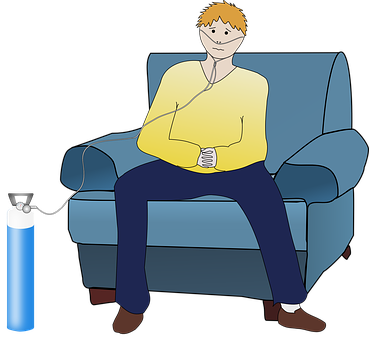 Asthma is characterized by chronic inflammation in the lungs as well as asthma exacerbations or attack where certain triggers starting up more inflammation which leads to smooth muscle spasms and mucus production, both of which make it hard to breathe. 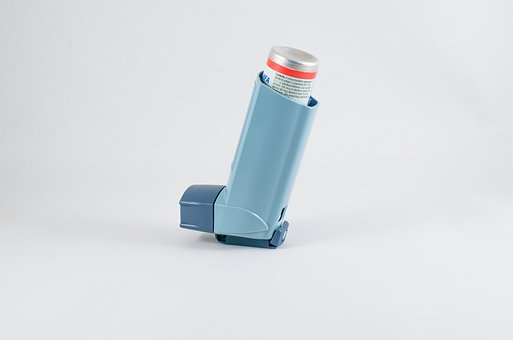 The other form of inhalers serve as preventive medications, which treat asthma symptoms over the long term, and contain corticosteroids.


Corticosteroids reduce airway sensitivity and inflammation, so asthma can be kept under control. They're also crucial in preventing long-term damage from chronic inflammation, which can cause scarring of the airways.

Inhalers are known to be very effective and have helped many people live better lives.