Cycling high surplus carb days into your schedule you can fend off metabolic slowdown caused by a calorie deficit.
The most common cyclo sized closely to your training days on the days your resting carb intake is low.

What is Carb Cycling?

Some days you keep your carb intake low and other days you go balls to the wall with all the carbon goodness. 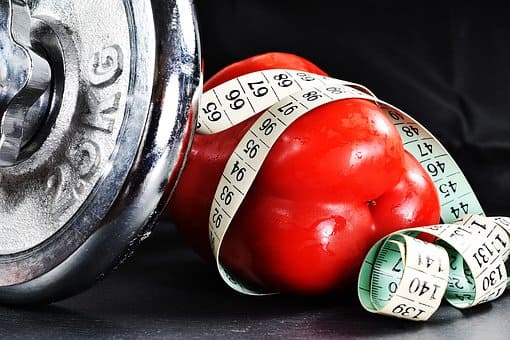 Carb cycling is a way of eating in a nutrition plan that balances your hormones and can really maximize your fat loss pretty much it's just a manipulation of carbohydrates and fats throughout your week and when you consume them.


Carbohydrate is the nutritional category for sugars and molecules that your body breaks down to make sugars. Protein and fat intake stay relatively the same each day. On the days your training you ramp up your carb to either moderate or heavy intake respective to moderate or heavy training.

The benefit of doing this on a weight loss diet you'll typically go months eating at a caloric deficit every single day the problem with this is that long deficits will ultimately lead to drops in metabolic functions to the point where your initial calorie deficit is now your maintenance  and weight loss comes to a halt.

The hormones will drop catabolic hormones will rise. fewer calories are burned muscle tissue is at a risk of wasting away and although fat loss initially arises it ultimately diminishes as your metabolism drops.

Kind of a crappy position to be in considering that the reason you've been eating less in the first place is to avoid this exact issue. By theoretically resetting the catabolic state of the body with the added carbs and more importantly added calories shifting things into an anabolic state.

On top of that extra carbs mean more glucose and insulin in the bloodstream providing more energy for your workouts. Extra insulin will also mean higher amino acid intake to the muscle cells helping you fend off muscle breakdown.

The bonus points when you train on the same day because training will boost muscle protein synthesis meaning the extra cards and nutrients will promote muscle growth.

Since you will be going back to a low carb state very soon insulin levels will drop and you prevent it storing too much fat. The end result is that on rest days you're maximizing weights and fat loss with a calorie and carbohydrate deficit.

On training days you're maximizing muscle growth with a calorie and carbohydrates surplus. Although carb cycling sounds like a pretty good strategy there are a few downfalls. It's the meticulous planning it requires each and every day you have to plan your specific carb intake.

This isn't the easiest thing to do or adhere to if it's already hard enough to even find time to go to the gym. Furthermore, there's no concrete evidence showing daily carb cycling provides any significant benefits over other nutrition strategies.

You might be just fine with a refeed day once or twice a month to normalize the catabolic effects in dieting. Carb cycling only really applies to people trying to burn fat and retain some muscle mass at the same time. Volkers and gainer should skip cycling altogether.

It might actually make your bulking endeavours much more difficult. Ultimately you have to consider if your goals align with the use of carb cycling to begin with and consider whether the added work and frustration from painstaking nutrition planning is worth it.

For those that also struggle with plateaus or have trouble sticking with your current diet then giving carb cycling a chance might be worth it.


This is more of a slow and steady approach to losing body fat. That you can maintain that lean muscle. If you're looking for more of a rapid approach to fat loss. You don't care about lean muscle as much then maybe carb cycling is not the right program for you.

If you want to maintain that hard-earned lean muscle and at the same time chip away at that body fat to get nice and lean and chiselled then a carb cycling program may be the right program for you.

2. carb cycling and CKD are not the same thing.

Cyclic Ketogenic Diet (CKD) are not the same thing although they look very similar. CKD is still a ketogenic diet in other words you're still pursuing ketosis.

You're trying to take your body into a ketogenic state and then possibly once a week you have a refeed period where you're bringing carbohydrates back into your diet. Carb cycling, on the other hand, you never pursue ketosis.

What you'll typically see in a carb cycling program are three days of low carb followed by typically two or three days of higher carb. The reason that is because it's typically after the third day that your body starts to go into ketosis.

A higher protein diet than with periods of low carbs followed by periods of high carb. Those low-carb days are designed to help chip away at the body fat then bring in the carbohydrates back in to go ahead and refeed your glycogen levels and put you more in a muscle building state.


It's finding the best of both worlds both a weight loss program and a muscle building program and bringing those two worlds together. That's the benefit of doing a carb cycling program.

It's not just a matter of bringing your carbohydrates down lower on low-carb days it's also a shift in the type of carbohydrates that you consume.


If you want to maximize your fat loss benefits on a carb cycling program you want to make sure that you get your carbohydrates from fibrous sources of vegetables.

That's going to be your broccoli, asparagus,  green beans so on your low-carb days. You're going to eliminate those starchy carbs and go more for the fibrous vegetables. That's gonna help you maximize your fat loss on those low-carb days. 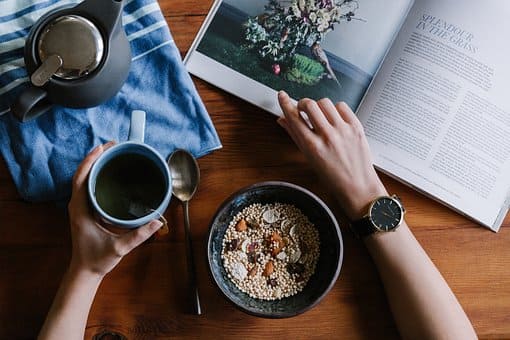 As you drop glycogen you also drop water. You're going to see some immediate weight loss in the beginning now here's the other side of it as you come back into a high carb period you're also going to see some of that weight come back so don't panic.

That doesn't mean it's a bad thing it's a normal part of the process. A carb cycling program you're gonna see your weight fluctuates going to go down on low-carb days and it's going to come back up on high carb days but over a period of time like I said this is a slow and steady approach.

You're going to gradually chip away at that body fat so again this isn't a rapid weight loss approach so when you bring your carbohydrates back in and you step on the scale don't panic when you see some of that weight come back in.