Body odour is caused when sweat is broken Down bacteria living on your skin. The guilty party causing body odour is bacteria, but it all does start with you sweating.

Read: 12 Foods For Great Skin-Skincare on Top of Your Skin 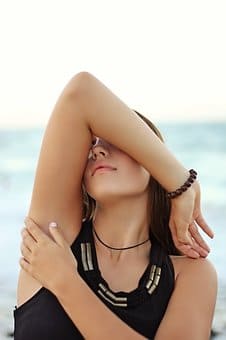 When you're active or nervous, your sweat glands produce. Your body has two kinds of sweat glands namely, eccrine glands secretions from the eccrine glands found all over the body are mostly made of salt and water odourless and used to regulate temperature and cool your skin when you are overheated.

Apocrine glands, these glands on the other hand are concentrated near hair follicles on your scalp genitals and underarms and produce a viscous dick sweat made of proteins and lipids when bacteria on the skin's surface come into contact with apocrine sweat. Bacteria that is living on your skin feed of this protein as a source of energy. It's that bacteria breaking down those proteins that creates the smell you know as body odour.

Most people associate causes body odour with sweat, and it’s an important piece of the puzzle. That’s where bacteria come in. Every square centimeter of our bodies is covered with thousands of bacteria. Many microorganisms thrive in moist environments, like our armpits. 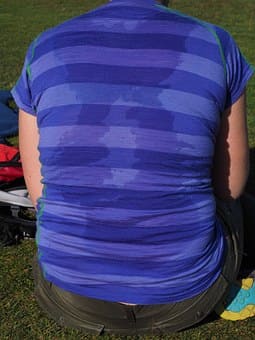 You can find about a million bacteria per square centimeter, one of the highest concentrations anywhere on the skin. Lurking in this throng of microorganisms are species of Corynebacteria, Staphylococci, Micrococci, and others.

When these bacteria feed on the proteins and fats in apocrine sweat, they turn the odorless compounds into new ones that can smell very unpleasant. Some of the worst offenders may be sulfur-containing chemicals; those give body odour its oniony aroma.


Carboxylic acids are in the mix, too, adding notes of cheese. These molecules waft up from the armpit and can be sucked directly into our noses, where they’re trapped and detected by an array of specialized receptors.

Those can recognize odour molecules at concentrations of less than one in a million. Your body odour might be depend on the resident microbial populations in your armpit, and the nutrients that your glands provide them with.


Your genes help determine what compounds you produce, and in what quantity, so everyone has a slightly different set.

In fact, a gene variant that virtually eliminates body odour is common in people of East Asian descent. Adrenaline increases the ratio of apocrine to eccrine sweat, body odour can be more intense when you’re nervous.


Bacterial composition and concentration also varies between individuals and plays a part. Even what you eat can have a small effect on how you smell. Washing the armpits with soap and water helps but won’t remove all the bacteria since many are buried in deeper layers of the skin. 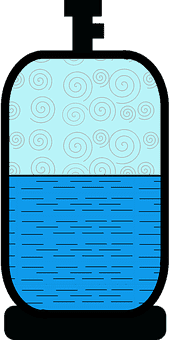 
While we continue to battle body odour, scientists are trying to understand it. We don’t know why the brain often interprets these particular odours as off-putting.

Some researchers have proposed that secretions from the armpit could have a positive function, too, like cementing social bonds and providing a means of chemical communication.

Top 7 Foods that Cause Body Odour :


Fish is undoubtedly one of the healthiest foods around. There's no question about the health benefits of consuming fish.

Years of research have shown that omega-3 fatty acids, commonly found in fish oil, are essential for brain function and play a key role in reducing one's risk of heart disease. Two fish-based meals a week has become a commonly accepted guideline.


Red meat requires maximum digestion effort for your body to process. While vegetarians might not have such issues with their limited food intake, fenugreek and other strong flavored plants caused  similar results.


Red meat is another food that increases body odour, and should be avoided. This is because red meal puts a great deal of pressure on your digestive system. Eating too much red meal will cause excessive sweating.


Drinking too much alcohol at a friend's party will not only make you late for work the next day.

Chocolate, soda, tea, coffee. Alcohol-consuming any of these in excess causes body odour as when you drink them at least 10 percent of it will be left unprocessed causing perspiration. Excessive alcohol, in particular, may cause body odour.


Asparagus doesn't contribute to body odour so much as it alters how your urine smells after you eat it.

Most everyone produces the stinky chemicals that are excreted in urine as their bodies break down asparagus, but interestingly, not everybody can smell the resulting odour.

Eating too muny foods with refined sugar could result increased body odour. This effect might occur due to yeast overgrowth that causes sugar to break down into alcohol.

Some believe that sugar spikes might alter the composition of sweat, thereby causing increased body odour.

If you're consuming very few carbs, you might end up with increased body odour. This is because a lack of carbohydrates causes the body odour to release ketones, which are acidic smelly compounds.

While dairy products are good for you, consuming too much will result in increased body odour. This is because dairy products convert to sulfide, which release a foul odour.

Body Odour Cause - Help your body smell good with these 7 foods! 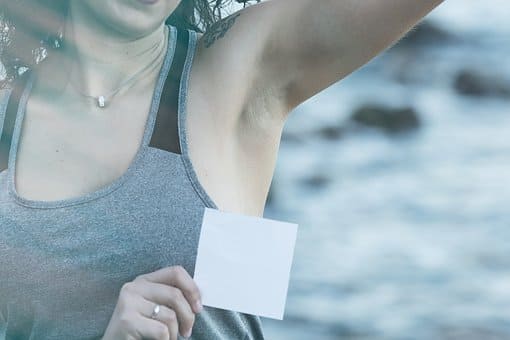 
Drinking water helps the body flush out toxins, that cause bad body odour this in turn will reduce the build-up of odour causing toxic subtance in our body.


This ingredient is rich in a holorophyll compound that significantly reduces the body odour. Make a mixture between a cup of water and 2 tbsp of wheatgrass. Consuming it in the morning!

Both seeds and leaves of fenugreek eliminate the toxins and fight against body odour. Place a tsp of this seed in a glass of water and left it overnight! Consume it the next morning in other to boost the good smell of your body.

Do not forget that you can also consume fenugreek tea to get rid of the bad smell of the body odour.

This herb is full of antibacterial properties that detoxify the body odour and fight against odour causing bacteria. Make a mixture between a cup of how water and a tablespoon of chopped parsley. Strain the mixture, let it cool down, drink it or use it as mouth wash!

Cinnamon not only make food tasty but that makes you more desirable by giving you a fresh and pleasant long-lasting odour. Cinnamon is packed with volatile oil that destroys bacteria in your mouth and fights against bad breath. Combine a cup of hot water and medium-sized cinnamon.


Let it dissolve for a few minutes and then drink it. It can be also used as a mouth wash.

Due to its fragrant compounds similar to luteolin, apigenin and diosmetin, this herb can also help your body smell well! Combine a cup of hot water and a tablespoon of fresh or dried sage. Let it for a few mins, strain it and drink it.

You can also get rid of the bad odour with rosemary. Drink rosemary tea every single day in order to eliminate bad odour from the body.