The amount of water that's leaving the body is greater than the amount that's being taken in that's all you have to understand initially for dehydration. Dehydration is simply a lack of enough water and electrolytes. Electrolytes are salts that the body uses in major cellular activity.

Especially within the muscle cells and blood cells, because 70% of our body weight is made up of water dehydration can have serious repercussions on a person's health. If remedial measures are not followed life-threatening situations can arise in some cases. Dehydration occurs when the output of water is more as compared to the input. 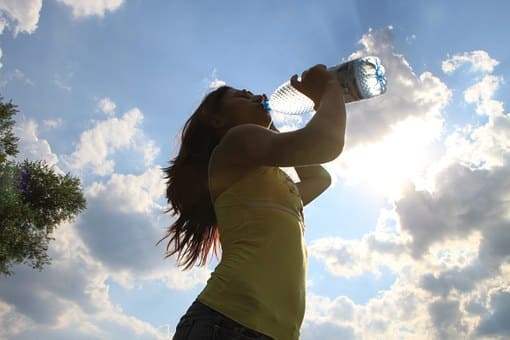 The loss of water can happen while breathing, sweating, or urinating. That the loss of water is replaced, it is important that a sufficient quantity of water is consumed all through the day. Contributing factors dehydration symptoms are caused by several things. Dehydration can occur during hot weather especially if one is not drinking enough water.

Loss of fluids could also occur due to over-exercising which may overheat the body. Digestive problems could also make one susceptible to dehydration. For instance, vomiting that occurs due to flu food poisoning, overeating, etc could lead to loss of fluids from the body.

There are chances that the person may not be able to tolerate liquids which are necessary to replace the water loss from the body. At such times medical intervention may be necessary. Other than vomiting, diarrhea is among the common causes of dehydration. Like vomiting, it can also be caused due to a particular food item not agreeing with the system.

It can also be caused either due to consuming contaminated food or drinking water that is contaminated. With every visit to the washroom, it is necessary that the loss of fluids in the body are replenished.

Dearrhea is the most common reason a person loses excess water. Diarrhea consists of unusually frequent or unusually liquid bowel movements and excessive watery evacuations of faecal material. Vomiting is the act of forcible emptying the stomach has to overcome the pressures that are normally in place to keep food and secretions within the stomach.

Exercising is another cause of dehydration. Any sport or exercise that causes one to sweat can cause dehydration.

Along with working out the hot weather and the wrong kind of clothing can cause further dehydration.

In addition drinking, too much alcohol can cause dehydration. This is often the case with alcoholics, the main cause of dehydration in the elderly is due to some of the prescriptions they sometimes need to take care needs to be taken to make sure that this is prevented.

Signs and symptoms signs and symptoms and adults and teenagers are dizziness, dark urine, orange-yellow coloured, and with an especially strong odour. Dry mouth weakness, inability to urinate, nausea, and vomiting, pitting oedema is another symptom that might be observed.

Dehydration symptoms are usually easy to determine. These include the dry and sticky mouth, weakness, dry skin when it usually is oily of course some people normally have dry skin low blood pressure, headaches, dizziness, etc, decreased the rate of urination constipation extreme thirst lack of sweat and fever are also some of the other symptoms of dehydration.

A number of times cramps in the muscles could be due to dehydration. Heart palpitations need not necessarily always point to heart problems, they can also be due to a scarcity of water and electrolytes in the body.

Similarly, weakness also points to decreased levels of water and electrolytes. Signs and symptoms of dehydration in children and infants are very important to recognize because they aren't always old enough to be able to tell you how they are feeling.

How To Treat Dehydration

Crying without tears at least 3 hours without wet diapers dry mouth and tongue, general fatigue or irritability high fever, pitting oedema, sunken eyes, abdomen or cheeks, etc may indicate dehydration in children. Treatment options prevention is better than cure hence measures should be taken to maintain the levels of water and electrolytes in the body.

Most of these can also be used during illness to prevent dehydration. In case a person is suffering from diarrhea or vomiting, he can be given a concoction made by mixing a half teaspoon of water one teaspoon of sugar and water at regular intervals. It will help in preventing dehydration and also prove to be of help in case of dehydration. The best thing to do at this point is to seek emergency medical help or get them to a doctor as fast as possible.

In some cases, rehydration can only be done by four fluids and electrolytes. Dehydration is a preventable condition which can prove to be fatal in extreme situations. Care must be taken to prevent this at all times including during sporting activities and during illness. 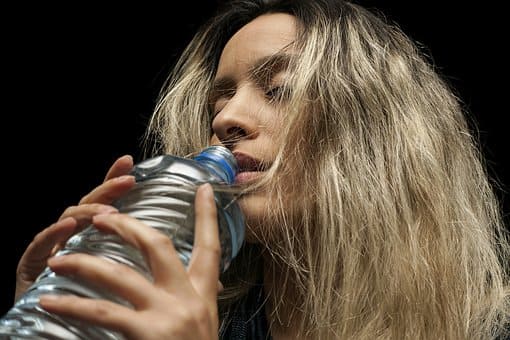 Special care must be taken to ensure that the elderly and young children do not get dehydrated. Dehydration is often a clinical diagnosis. Aside from diagnosing the reason for dehydration, the health care professional's examination of the patient will assess the level of dehydration.