Home health What Is Amygdala in Brain, and How It Works

What Is Amygdala in Brain, and How It Works

The amygdala is a small region of the brain it's in what's called the temporal lobe of the brain.

If we divide the cerebral hemispheres into the four major lobes occipital-temporal parietal and frontal it's in the temporal lobe which is under the temporal bone which is behind your ear. The amygdala would be located in a point at a point where a line that goes through your eye and through your ear in a set intersect in your brain. 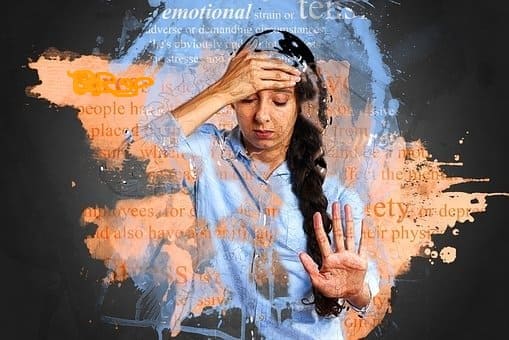 The amygdala meaning almond-shaped is a collection of nuclei within the brain. It is a paired structure with one in each hemisphere. The amygdala is thought to play role in a number of different functions but it is most commonly implicated in the control of fear.

The ventral intercalated cells the lateral nucleus is the primary input nucleus of the amygdala it receives inputs from the thalamus and the cortex. Which provide it with information or at the sensory stimuli the animal is experiencing. The primary output nuclei of the amygdala is the central medial nucleus. This projects to a number of different structures it projects to the paraventricular nucleus of the hypothalamus and triggers the release of the stress hormone cortisol.

The amygdala began to be defined more broadly it includes a lot of structures other than that little almond-shaped piece it's most commonly associated with fear although that's not it's the only function. It's most heavily studied the function and the reason for that is that it's much easier to study fear than other emotions of things that are or bad have more weight than things that are good in a sense and you can put off eating drinking sex whatever for an indefinite amount of time. 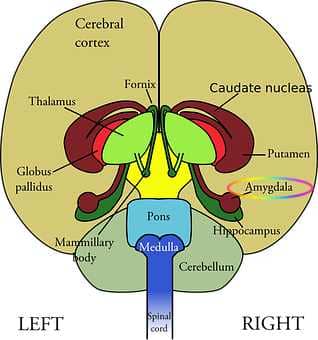 It also projects to the lateral hypothalamus stimulating the autonomic nervous system. It also projects to the periaqueductal grey matter which in mice causes fear behaviours such as freezing.  By coordinating these downstream targets, the amygdala is able to produce many of the physiological changes associated with feelings of fear including increased heart rate, sweating, and dilation of the pupils.

Fear Conditioning and Fear Extinction in The Amygdala

One of the best-studied functions of the amygdala is that a fear conditioning but simply this is where an animal learns to fear something. In a typical air conditioning experiment, a mouse is given an unconditioned stimulus, which is inherently negative such as a painful foot shock which causes a natural and conditioned response. In this case the expression of the fear the experiment, also uses a neutral stimulus such as a sound which on its own produces no fear.

After a number of trials when the neutral and unconditioned stimuli are presented together. The animal learns the association between the sound and the shock. the neutral stimulus of the sound is then able to cause the fear behaviour itself without the shock. As the process of learning in this way is known as classical conditioning the stimulus is then referred to as a conditioned stimulus and the response referred to as a conditioned response. 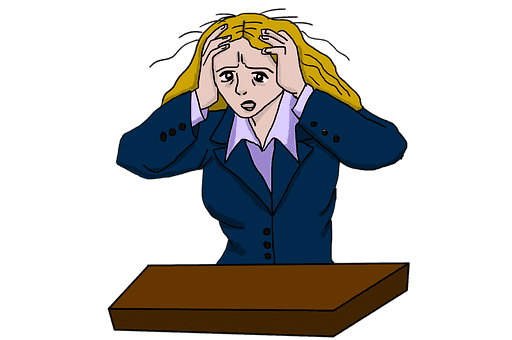 Which in turn results in the activation of neurons in the central medial nucleus and produces a fear response. the neutral stimulus of the sound also flows to the thalamus to the auditory cortex. The thalamus and cortex then also project to the lateral nucleus of the amygdala.

After fear conditioning mice not only express fear with the conditioned stimulus but also when returned to the chamber in which the experiment took place. The mice have learned not only to fear the stimulus but also the context surrounding it as well. this is no-necks contextual air conditioning. One of the primary areas responsible for this is the hippocampus.

In conclusion, we can see that the amygdala is a cluster of nuclei within the brain which produces many other physiological aspects of fear. 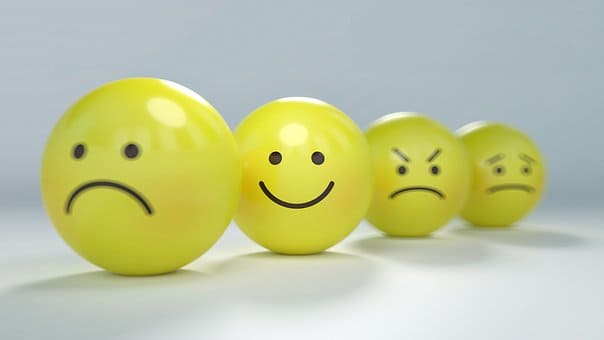 The amygdala also plays a key role in helping us learn what to fear and the best-studied example of this its fear conditioning in fear conditioning synaptic plasticity allows a weaker sensory stimulus to trigger a fear response when paired with an unpleasant stimulus.

The amygdala also interacts with other brain areas such as the hippocampus to allow context to affect our expression of fear.