Strabismus (crossed eyes) - Cause and Treatment

When the eyes are not lined up evenly it is called strabismus with this condition the eyes do not work together each eye will send a different image to the brain. To avoid confusion the brain learns to ignore the image from the weaker eye. Most of the time strabismus is caused by problems with how nerves and the brain control the eye muscles.

What is the cause of strabismus?

Strabismus is the medical term for a visual condition where the two eyes are not aiming at the same visual target or they're not pointing at the same location in space. 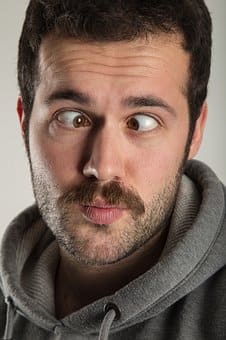 Strabismus is an umbrella term for any eye a misalignment, sometimes it's just eye crossing, eye drifting, one eye higher than the other it's estimated that 4% of the population has a form of strabismus. Strabismus most of the time develops during the first years of life, occasionally though kids can develop it shortly after birth and rarely they can develop it later on at age eight and ten. Strabismus is caused most of the time by an abnormality in a poorly understood neuromuscular control of eye muscle movements.

If you take a good family history you do find that somebody in the family had strabismus, grandfather agreed on something like that occasionally it's caused by an eye muscle problem or weakness of the nerves that supply the eye muscles.

Strabismus Causes amblyopia and basically what happens is when the eyes are pointing in two different directions or are misaligned. The brain sees two images and in order to suppress it from seeing double, it stops using the eye that is misaligned and when it's stops using it the vision develops poorly in that eye.

Most of the time kids come in parents saying I'm noticing my child's ice crossing or drifting out or they just come in because they failed a vision screen and then we discovered that they have strabismus. A person who has strabismus is not seeing with both eyes simultaneously at all times.

A person with strabismus has a binocular vision impairment and that means that normal vision is that it's binocular we are getting these two views coming into our brain. That are sort of at slightly different angles and when those two images come into our brain they're merged in our brain into one 3-dimensional image. The person with strabismus is really missing out on the depth perception and the 3d vision and this actually affects a lot of things. 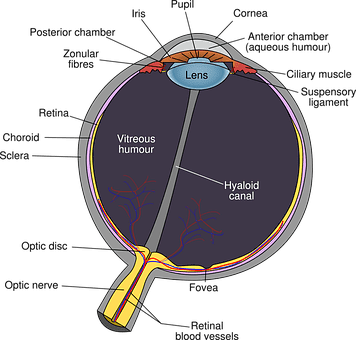 The purpose of depth perception is to help you know where you are located in space in relationship to everything else. It affects how you move through space, how you judge distances, you even pour water into a glass stepping off a curb walking up and down steps, there's it's it's a very important part of vision. The person who has to strabismus because both eyes aren't aiming at the same place they are missing out on the rich meaningful aspects of binocular vision.

People focus on the cosmetic appearance of the person which does cause a lot of self-esteem issues and can be really quite a big thing for a person with your strabismus, but eye want people to focus. More on the fact that it's a vision problem, and how is that affecting the person's vision and how is that affecting their life. The goal of treatment is to decrease the misalignment so that the eyes are working better together and that the brain is seem only one image.

Most kids do very well and have good symmetric vision in both eyes, however the keywords are promptly and properly so that means that it's recognized early in life. That means that parents need to consider the importance of binocular vision for their kid and they have to understand that maybe surgery is really just cosmetic surgery.

That really choosing surgery has a lot to do with just only caring about the person's appearance and eye so eye want people to actually it's that that's that same thing about putting some but putting yourself in another person's shoes.

If you're only focusing on the fact that their their eye is turned and that makes you uncomfortable looking at them. You're not even considering how is that person seeing and is it possible to actually give them better vision and a better life with better vision.