Home health how-to The Science of Opioid Addiction and Treatment

The Science of Opioid Addiction and Treatment

Opioids or substances made from the opium poppy or their man-made equivalents. the poppy was cultivated in Mesopotamia and spread to every major civilization from Asia to Europe to treat pain. There are two classes of opioids strong opioids which include Veneto, methadone, morphine and oxycodone and weak opioids which include codeine, dihydrocodeine, and tramadol.

The strong opioids can be ten times stronger than the weakest opioid and are thus more effective for severe pain.

The science of opioid withdrawal

Worldwide opioids are the most common cause of drug-related deaths. Opioid overdoses occur when high doses are used. this can lead to inadequate breathing and death. 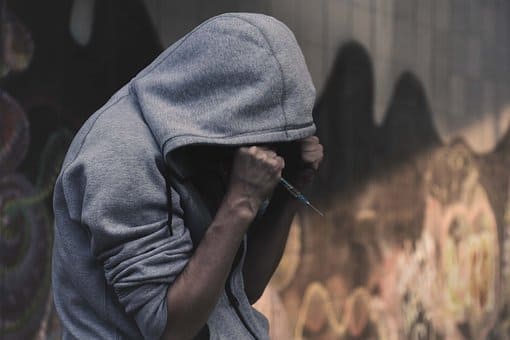 Opioid addiction is the frequent use of opioids to the harm of the person's physical, psychological and social function and it becomes central to their thoughts emotions and activities. If opioids are used regularly a physical dependence forms and they will experience withdrawal symptoms after stopping opioid use. These include strong cravings, sweating, insomnia, anxiety and muscle cramps.

Neuropathic pain is a pain in the body that occurs from nerve injuries from trauma, cancer or neurological diseases such as Alzheimer's and Parkinson's disease. The second type of pain is no seen except of pain this is pain arising from tissue injury and inflammation such as toothaches, sunburn and rheumatoid arthritis.

The use of opioids produces pain-relieving effects including pain suppression relaxation drowsiness and euphoria. It stimulates the reward centres in the brain for the release of dopamine neurons which regulate feelings of pleasure the speed and intensity of the drug's effect depend on how the drug is taken. If taken orally the effects are gradual and are felt in about 10 to 20 minutes.

If injected into a vein the effects are more intense and felt in about a minute. when opioids are taken to relieve pain the length of the effect varies depending on the type of opioid taken and history of opioid use. Because of their potential for addiction and overdose opioids are regulated substances in a lot of countries. as a class opioids share one thing in common, they bind to opioid receptors in the brain gastrointestinal tract and spinal cord. 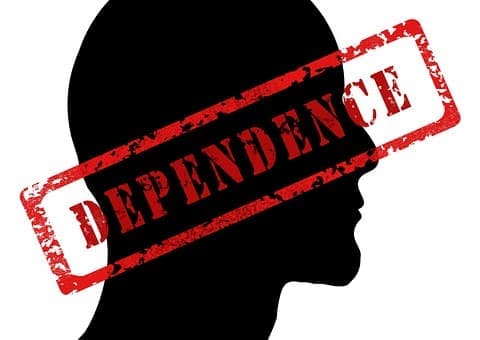 As endorphins bind to these receptors they block the inhibitory neuron from releasing neurotransmitters allowing the dopamine-secreting neurons to freely unload dopamine. The dopamine then gets picked up by a third neuron in the same area.

The purpose of the reward pathway is to train the brain to repeat activities that cause dopamine-mediated pleasure. When opioids stimulate this reward pathway the brain learns to do that behaviour again and again. With exhaustion Asst opioids there are multiple routes to get the drug to the brain.

One way is by ingesting it, but that routes the slowest. A faster route would be through inhalation because the drugs rapidly absorbed through the lungs. the fastest route though is a direct injection of the substance into the bloodstream.

Typically the faster the exhaustion is opioid reaches the brain the stronger the relationship between the behaviour and the reward. Now over time people that are consistently using a drug even when taking them exactly as prescribed can develop a tolerance which means that with repeated use they have a reduced response and therefore an increased dose is needed to achieve the original response. 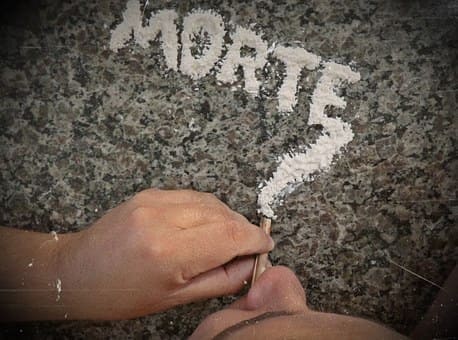 Signs and Symptoms of an Opioid Overdose

In either scenario, tolerance leads to the need for higher and higher doses of a drug and often times the tolerance remains for a long time even after tapering from the drug. The symptoms of opioid withdrawal include anxiety, shivering, tremors, yawning, body aches, vomiting, diarrhea, abdominal cramps, runny nose, easing, sweating and an increased heart rate and blood pressure. 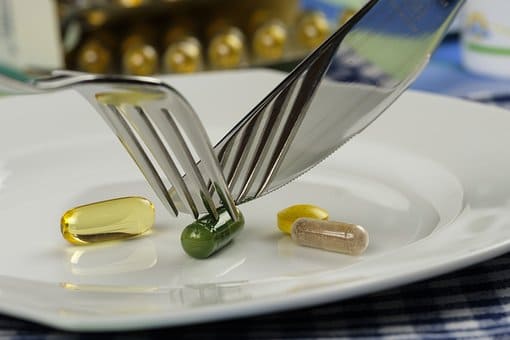 DSM-5 Criteria for Diagnosis of Opioid Use Disorder

Together this positive and negative reinforcement leads to opioid addiction also known as opioid use disorder the DSM-5 are a Diagnostic and Statistical Manual the fifth edition defines opioid use disorder as causing at least two of the following behaviour patterns within a year.

1. Opioids are often taken in larger amounts or over a longer period than was intended.

2. There is a persistent desire or unsuccessful efforts to cut down or control opioid use.

3. A great deal of time is spent in activities necessary to obtain the opioid, use the opioid, or recover from its effects

4. Craving or a strong desire to use opioids.

5. Recurrent opioid use resulting in a failure to fulfill major role obligations at work, school, or home.

6. Continued opioid use despite having persistent or recurrent social or interpersonal problems caused or exacerbated by the effects of opioids.

7. Important social, occupational, or recreational activities are given up or reduced because of opioid use.

8. Recurrent opioid use in situations in which it is physically hazardous.

9. Continued use despite knowledge of having a persistent or recurrent physical or psychological problem that is likely to have been caused or exacerbated by opioids.

10. Tolerance,* as defined by either of the following:

11. Withdrawal,* as manifested by either of the following:

In addition to ruining a person's life, opioid addiction can also end it in an overdose. Most often an opioid overdose causes severe cardiac and respiratory depression to the point where a person might have pinpoint pupils and simply stop breathing. In that situation, the most important thing is performing rescue breathing giving supplemental oxygen and administering naloxone.

Naloxone is an opioid antagonist that powerfully binds to opioid receptors and rather than having a direct effect it blocks other opioids from binding and activating the receptor. This works because at any given moment opioids are binding and unbinding to receptors, which means that once an opioid releases its hold on a receptor the naloxone can simply sneak in and bind more strongly. 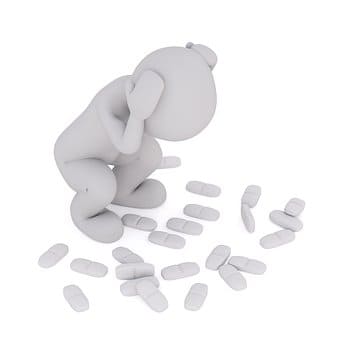 When the naloxone is given intravenously it can reverse the effects of opioids within minutes potentially saving a person's life. Generally speaking, high doses of strong opioids carry the greatest risk of addiction in death and when paired with other substances that can cause respiratory depression like benzodiazepines they're more likely to cause an overdose.

Because they can act synergistically to cause respiratory depression. It's clear that opioids have strong addictive potential, so there you should be limited and well defined.

They have a role in controlling acute pain for example but the goal should be to use short-acting opioids at the lowest effective dose for just a few days, and slowly increase their dose only as needed. For people with opioid dependence, the most effective treatment is a combination of therapy and medications.

Specific therapies that work include motivational interviewing which can be used to understand why an individual wants to stop using opioids and identify specific barriers to treatment. Also, cognitive behavioural therapy can help an individual learn about withdrawal, discuss the thoughts feelings and behaviours that lead to opioid usage and create a plan to navigate triggers for usage. 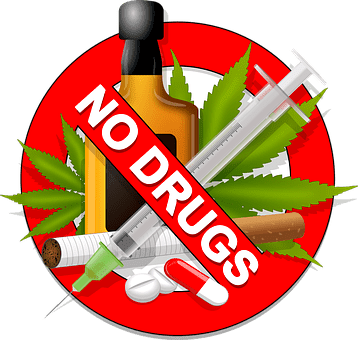 Another form of therapy are peer support programs which use group discussions to help individuals commit to ending the use of opioids and work by holding one another accountable. In addition, the evidence strongly supports the use of medications which reliably decrease cravings and reduce withdrawal symptoms.

Methadone is a full opioid agonist with a long half-life that slowly builds up in the tissues over time allowing it to reach a steady state level within a week. Steady-state refers to the situation where the overall intake of the drug is more or less in balance with its elimination so that the body is exposed to a stable level.

In contrast, buprenorphine is a partial agonist that sometimes given in combination with naloxone, forming an agonist-antagonist combination. Buprenorphine has a ceiling effect meaning that above a certain dose it doesn't have any more of an effect which reduces the chance of an overdose.

These medications can competitively bind to the opioid receptors without producing the same euphoria as the opioids they take the place of since some of these have other opioid effects. Though that can cause side effects like constipation, insomnia, weight gain, hormonal changes, and cardiac arrhythmias.

Another medication called naltrexone can be used for people who are already abstaining from active opioid use naltrexone is a mule opioid receptor antagonist that blocks the effects of opioids and helps maintain abstinence. 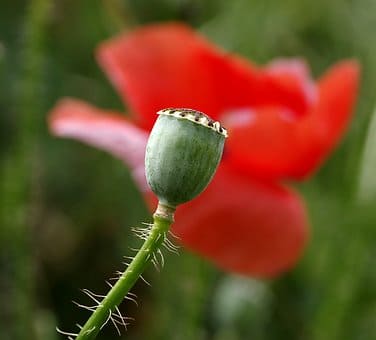 Opioid use still carries a heavy stigma, because usage is tied to a notion of individual choice in moral failure. Even though we now know that opioid use is a consequence of biological psychological and social factors all of which need to be addressed to maximize the chances of recovery.

Opioids stop inhibitory neurons from releasing inhibitory neurotransmitters which allows dopamine to flood the ventral tegmental area nucleus accumbens and prefrontal cortex and cause euphoria. Long-term use can lead to tolerance which the need for increasing doses to achieve the same effect. as well as dependence which is the reliance on the opioid to function normally.

In order for treatment to be effective a diverse range of options are needed this includes detoxification in combination with both psychological and pharmacological treatments. Treatment for opioid overdose includes naloxone which completely reverses the effect of an opioid overdose by blocking opioids from binding to receptors in the brain, however, this will only work if naloxone is administered on time. 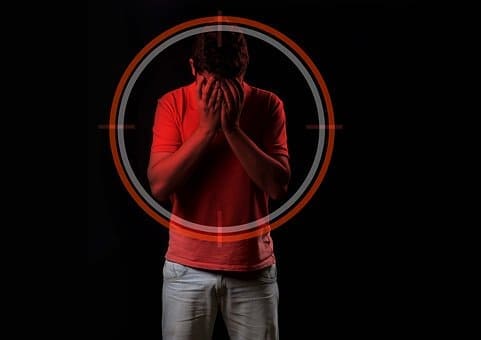 The most effective treatment is a combination of therapy and medications, with a lot of love and support from family and friends.