Home health how-to Why Does the Sun Make You Sneeze ?

Why Does the Sun Make You Sneeze ?

A sneeze is a reaction to a foreign contaminant the cilia or tiny hairs are detecting something in your nasal passages that need to get out, not just dust or a bit of pepper, sneezing also removes bacteria viruses and mucus.

Why Do We Sneeze?

Sneezing is actually a protective reflex that's designed to keep you healthy it begins when tiny nerve endings detect something irritating in your nose. it could be bacteria dirt dust or other particles that get trapped in the mucus. 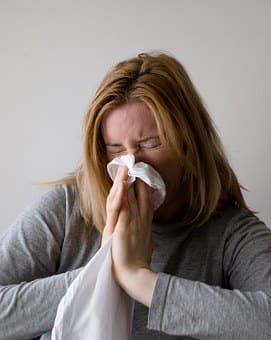 Medically sneezing is called stir nutation once your nose feels the contaminant it sends a signal through the trigeminal cranial nerve to the ventromedial spinal trigeminal nuclei and in the adjacent Ponto medullary lateral reticular formation in the brain.

The nerves transmit a signal to your brain sneeze Center which in turn sends messages to other body parts. The abdominal and test muscles activate compressing your lungs and producing a blast of air then the back of your tongue elevates partially closing the passage to your mouth and forcing the air out through both your nose and mouth.

For that split second your eyelid muscles are locked shut making it impossible to keep your eyes open when you sneeze. The signals trigger a reaction to close your eyes mouth and throat to build pressure behind the vocal cords.

When your chest muscles squeeze really fast air saliva and mucus are shotgunned out of your nose and mouth at a little less than 100 miles an hour. with that mucosal propulsion or about 100,000 microorganisms.

Not all sneezes are related to your body's defences some people sneeze in bright sunlight during exercise or after eating a large meal but the one time you'll never sneeze it's when you're sleeping that's because your sneeze nerves are snoozing too. Other than dust or foreign contaminants the Sun can make you sneeze it's called photic sneeze reflex or autosomal-dominant compelling helio ophthalmology outburst (achoo).

Sometimes when a bunch of light hits the retina and that sudden flood of electrical energy can overflow the optical nerve to get into the trigeminal nerve and trigger a sneeze.

Why does Sunlight Make You Sneeze?

If you've ever walked out of a dark matinee theatre or driven out of a long tunnel and into the sunlight and then suddenly sneezed. You're probably experiencing one of Medical Sciences least understood but thankfully harmless phenomena. It's known as photic sneezing or sneezing triggered by sudden exposure to bright light and it happens to about 30 to 35 per cent of us. 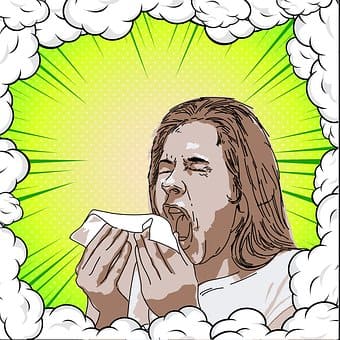 Scientists don't know why references to light triggered sneezing show of and medical literature as far back as Aristotle but modern researchers started looking into it more closely. When they realize that a poorly timed photic sneeze could pose a big problem for people like brain surgeons and airline pilot. And so far the best we can figure is that light triggered sneezing has to do with an interaction between overactive sensory nerves.

A study in 2010, for instance, examined  10 photic sneeze errs as well as a control group after exposing all of the subjects to bright flashing lights. The researchers found that the light triggered a lot more activity in the visual cortex of the photic sneeze errs brains than in the control group. It could just be that sneezers sensitivity to light is just more excitable than in other people.

The prevailing theory has to do with a specific complex nerve bundle called the trigeminal nerve which is the biggest nerve in your head. It is responsible for all of the sensation in your entire face from the tickle in your nose to the twitching your eyebrows to that feeling of needing chapstick and parts of this nerve also sidle up nice and close to your optic nerves which transmit the information. 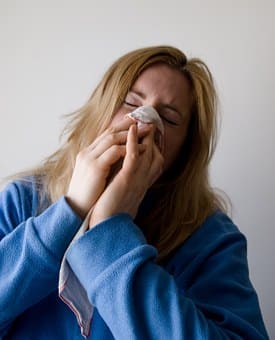 Your brain gets about light entering your eyes so the theory is that a sudden flash of bright light stimulates the optic nerve which sometimes also transmits an impulse to the nearby branches of the trigeminal nerve that connect to the nose and mouth. This impulse mimics the tickle of a nasal irritation which then causes you to sneeze. If you're a photic sneeze errs there's no need to hide it anymore be proud.