Home health Hydration - How Much Water Should You Really Be Drinking?

Hydration - How Much Water Should You Really Be Drinking?

Water is essential for human life. Water is the main substance in our bodies making up more than 50% of a person's body weight and it's directly involved in every biochemical reaction in each cell in our body. 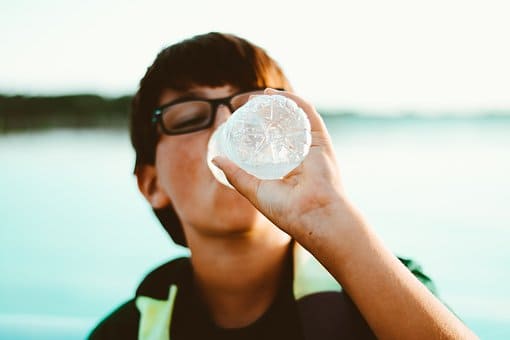 Ultimately maintaining the right balance of water is what keeps us alive. Water is a V-shaped molecule made up of two hydrogen atoms that bind to a single oxygen atom. It's commonly referred to by its chemical composition of H2O the bond between hydrogen and oxygen is a way of representing the fact that the two atoms share a single electron that zips around in the space.

Between them, the space where it moves around is called an electron cloud and it's a bit lopsided since the sharing isn't completely balanced. That's because the oxygen is more electronegative which means it pulls the electron closer because the electron spends a bit more time on the side near as the oxygen.

In fact, it's this dipole that really explains the magic of water because it allows the slightly positive hydrogens to line up with slightly negative oxygen atoms. From other water molecules, that attraction between water molecules is called a hydrogen bond and ultimately it's the reason that water molecules huddle up together. Total body water can be subdivided into 2 major compartments. 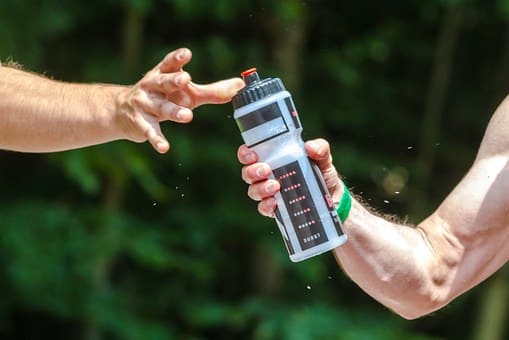 Normally the amount of total body water is balanced through ingestion and elimination of water ins and outs.

How Much Water Should You Really Be Drinking?

About 80 per cent of our water intake comes from drinking fluids the other 20% comes from food. 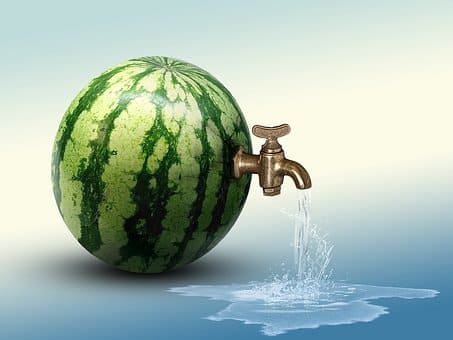 The water content in food varies but some fruits and vegetables like watermelon or strawberries are 90% water by weight as far as water output goes we eliminate water through breathing as humidified air leaves the body as well as through sweating, urinating and with bowel movements.

In addition to the water, we get from foods the recommended daily amount of fluid intake for women is around 9 glasses of water or 2.2 litres and for men, it's about 13 glasses or 3 litres. As we'll soon see the amount of water needed per day can vary depending on many different factors.

Plain water is the ideal choice when it comes to hydration but all fluids including caffeinated drinks like coffee and tea or flavoured waters and juices contribute to water intake. After we drink water it travels all the way through our digestive tract until it reaches the small and large intestines where water is absorbed into the bloodstream.

When we're at rest each heartbeat propels around 25% of our blood to the kidneys where millions of nephrons filter it to produce urine. Water also helps regulate body temperature when we're hot like during a vigorous workout the capillaries in our skin dilate and sweat glands produce more sweat to dissipate heat.

On the other hand, when were cold our blood vessels constrict retaining heat. Water can also help with weight loss and maintaining a healthy body weight replacing sweetened drinks with water reduces calorie intake and drinking water before and during a meal can increase our sense of fullness and prevent overeating.

When water losses are greater than the intake it results in dehydration. 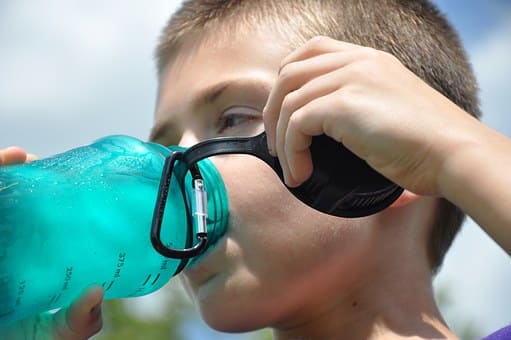 There are many causes of dehydration ranging from vigorous exercise are simply not drinking enough fluids throughout the day to vomiting, diarrhea, excessive sweating or an inability to swallow. Children between the ages of 4 and 13 need about 1.7 litres of fluid daily and research shows that well-hydrated children have improved concentration and ability to focus.

In fact, studies have shown drinking more water can boost children's school performance. The elderly are also more susceptible to dehydration like children they also have a decreased thirst sensation and may be taking medications that alter their hydration status.

Oftentimes they have chronic diseases that affect their kidneys abilities to maintain a healthy water balance. There are some circumstances in which a person regardless of age might become dehydrated like travelling on an airplane or during extended strenuous physical activity.

Air inside airplanes is drier than the air on the ground so a flight over two hours can lead to dehydration. Drinking fluids before and during a flight can help prevent that.

In longer duration activities like running a marathon or working outside in hot weather. Most of our water intake comes from fluids but we can also get some of it from food and we lose water in a number of ways such as sweating breathing urinating.

Defecating and when those losses are greater than our intake dehydration can settle in. The first signs of dehydration are a sensation of thirst dry mouth and lip dark urine difficulty concentrating and irritability. The best way to avoid becoming dehydrated is to monitor your urine colour and drink fluids before you get thirsty. 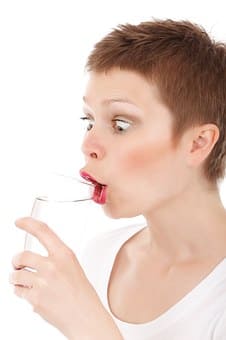 Once the thirst sensation is present dehydration is already underway. Generally drinking around 2 litres of water per day is recommended with more likely needed for males people and drier hot people who exercise or people who perform heavy physical labour.