The borderline personality is characterized by intense, shifting and variable moods, which are only marginally related to outside events.


The emotional life of a borderline personality is inherently unstable and may suddenly erupt in any direction without any system or warning to it. 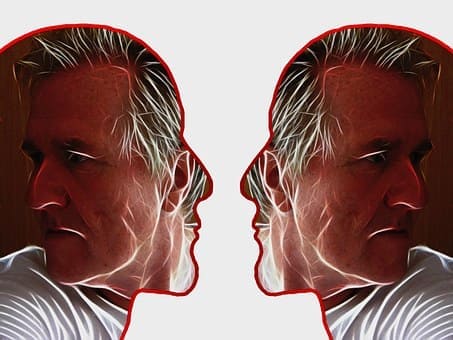 The borderline susceptibility to sudden change is not an effective action or coordinated means to attract attention indeed. It is not just others but also the borderline themselves who may experience their emotional life as unpredictable and capricious and as a consequence, borderlines are often said to lack an inter defining core.

Borderline personalities are not psychotic they are still in contact with ordinary reality and do not hear voices struggle with delusional hallucinations or exhibit other such symptoms of derangement, their basic sense of reality has been preserved intact. Borderlines still lack the inner cognitive faculties that give structure and continuity to their understanding of the world.

Hence it has often been said that borderlines are empty inside since they are incapable of reasonably moderating their moods or remaining effectively stable for long periods of time.

One of the major problems for the borderline personality is their mark difficulty in forming and maintaining a fixed self-image. that will allow them to keep their grounding in the face of developments as they take place. For this reason, the borderline is often unable to maintain a stable impression of both themselves and others.

Thus making their affections extremely volatile and making them prone to ride the waves of the most recent development to their life all the way to its emotional maximum. Thus to others, borderlines may appear to suddenly lash out in all kinds of different directions and to change states and moods far more often than could be considered the norm.

Severe examples of the borderline personality may thus run through a succession of seemingly discontinuous states, such as love, hate, insecurity idealization and blame all within the hour. Since they have no fixed self to anchor them and keep them grounded borderlines are frequently at the mercy of their environment and their own insecurities.

Borderline personalities do tend to form images and impressions of themselves and others and these images do tend to stand in some relation to objective reality.

Even though their impressions will frequently be found to be delusional the borderline is disturbed not insane. The images that are formed in the borderline psyche and to fluctuate excessively since the images are only fleetingly integrated with a register of past impressions.

They tend towards exaggeration and one-sidedness building up the cognitive attention of the borderline to an excessive degree. A small amount of success may set the borderline on the path towards delusion of grandeur. Leading them to feel uniquely gifted superior and entitled until a minor setback pops the balloon and sends the borderline wailing in a struggle to make sense of a new influx of violent emotivity.

Prompting the borderline to feel worthless and incapable of fending for themselves. In such situations, it is not that the previous success has suddenly been forgotten most of the time the borderline will remember it perfectly well.

Thus past successes cannot be drawn upon to moderate present failures and vice-versa. Since the borderline has no inner anchor by which to counterbalance what is happening in the now with what happened in the past.

The psychic organization of borderlines tends to conform to a pattern known as splitting. this refers to a cognitive tendency to separate or exaggerate value judgments into all good and all bad all black and all white.

In psychodynamic theory, the function of a stable self is to moderate and synthesize past and present experiences into a continuous understanding of reality through which new experiences are cognized without the stressful dealings of being completely filled up and thrown about by every new development.

By synthesizing judgments over time the mature individual reaches a worldview characterized by shades of grey where everyone contains some good and some bad.

Since the borderline personality lacks such a self their judgments will frequently remain on the level of all good and all bad and they will frequently be unable to react in a measured manner to outside developments.

Normally this rather primitive mode of cognition will come to be replaced by more sophisticated means as the person matures but in the case of the borderline, these undifferentiated ego structures tend to endure throughout their entire lives.

They may learn to mitigate it somewhat through therapy and stress relief but in most cases, the tendency will always be there. 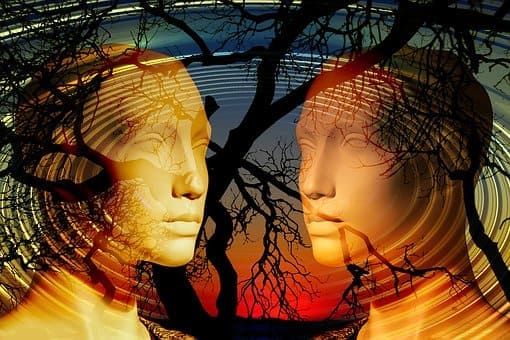 These individuals tend to be clingy follow the crowd dependent on others, yet angry on the inside but can explode if they are pushed they're likely to harm themselves often moody, sombre, yet quiet.

They are sort of run the gamut in responses they tend to have suicidal thoughts often engage in gestures self-mutilation they may make attempts to hurt themselves and sometimes regretfully they do also follow through with suicide completion.

These individuals are really unpredictable very irritable they complain very often the very impatient defiant often stubborn they're like disgruntled pessimistic resentful they tend to see themselves as unable to get better.

They're often torn between relying on others and keeping their distance for fear of disappointment. They often switch between feelings of unworthiness and anger and when they do express their anger it tends to be quite explosive.

That is because of that high energy presentation because of the thrill-seeking and other types of sort of very attention seeking types behaviours.

This type these folks are also very impulsive they're very indecisive they tend to sort of vacillate which go back and forth between apologetic, submissiveness and stubborn resistance they tend to harbour a lot of self-hatred.

Their high likelihood to self mutilate which is harm themselves which could be cutting, burning, banging them banging their head when frustrated agitated feeling sense this sense of loneliness and they also engage in a lot of dangerous behaviour.