Home health Symptoms Of Agoraphobia With Panic Attacks - How to Beat Agoraphobia!

Symptoms Of Agoraphobia With Panic Attacks - How to Beat Agoraphobia!

Are you scared of crowds? Feel a little bit stressed out about the idea of being in crowds? are you sometimes not really that thrilled with the idea of leaving your home? do you kind of feel like you're stuck in the house sometimes and you're always looking for a way to escape? if you do, find yourself in an unfamiliar place with unfamiliar people. 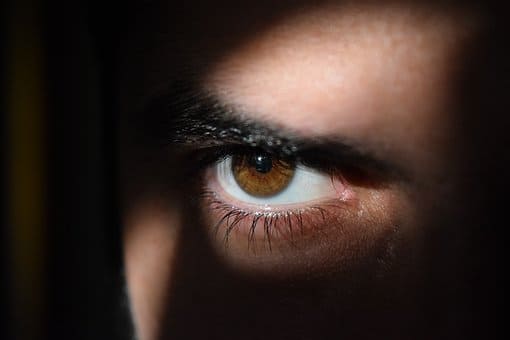 It does just the thought of leaving home make you feel anxious and nervous or worried that you might not be able to hold on to control. If that's the case, you might have agoraphobia, or you might even have something called social anxiety, or a number of other disorders that could be a result of having been abused by a narcissist.


Agoraphobia is the fear of being in certain places. Where you have anxiety and you're unable to escape or get help. The official definition of agoraphobia is a fear that has a big impact on your ability to maintain a high quality of life.

It makes it really difficult for you to leave the house and to be around other people, especially new people. Makes it hard for you to enjoy new activities and even more difficult to maintain your physical and your mental health.

In general, agoraphobia is an anxiety disorder that causes you to avoid public places for situations that might cause you to fall into panic. Things that might make you feel trapped helpless or embarrassed.

The diagnostic manual for mental disorders lists five kinds of places that you fear going to. Because of this issue, of not being able to escape when you have anxiety. The five scenarios are using public transportation like trains, planes, and buses.

Being in open spaces like parking lots of shopping malls, bridges, being in an enclosed space like a shop or a theatre standing in line, or being in a crowd. And the last one would be being outside of your home alone.

With the agoraphobia, you fear or avoid these situations. Because you fear that you may not be able to escape in the event. That you become panicked or in the event that you have some other incapacitating or embarrassing symptoms. 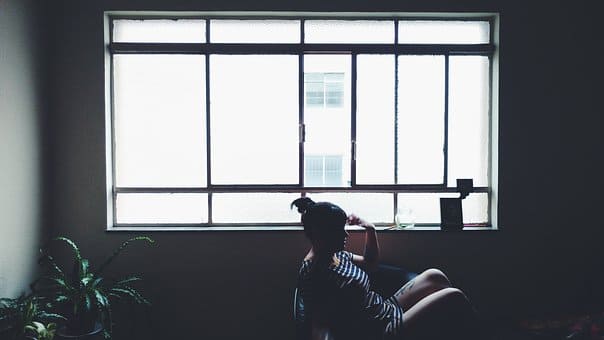 You might fear an actual situation or something that you imagine could happen like using public transportation. Being in open places or enclosed places standing in line or even just being in a crap.

See, the anxiety here is caused by the fear that you won't be able to escape, or to get any help if your anxiety intensifies while you're out. An example of this could be a person who manifests anxiety with nausea.

Another aspect of this is that you actively avoid the situation or require someone to accompany you in a situation. Unfortunately, agoraphobia tends to be pretty chronic, and more than a third of the people who get agoraphobia become completely homebound and unable to work.

Most people who have agoraphobia, find themselves developing it after this happens, to the one or more times in the past. They find themselves avoiding going out again, so they don't have to deal with it and then it becomes a chronic issue.

It's often associated with a panic disorder where people have an attack of anxiety, and because of the anxiety, the person fears to be out in these situations. Having an anxiety attack and they can't escape or they can't get hoped for it. If this is the case you would be considered to have panic disorder with agoraphobia.

But agoraphobia can be its own entity and that can occur all by itself. That would be like in the case of the elderly person who fears to fall, they don't necessarily have big eruptions of panic attacks, their fear is about being somewhere and falling.

Therefore the agoraphobia works into where they avoid a bunch of stuff because of that fear. Because you might say; well that's a reasonable concern and of course, it is but if you get to the point where you're homebound because of the concern. That you just may fall and there'll be no one there or you can't do anything about it that would be considered agoraphobia.

Some people who deal with agoraphobia just need someone to go with him. They just can't go by themselves but other people can't go at all. The treatment of agoraphobia is really difficult because it requires you to face your fears and to go anyway.

It also involves avoiding social situations and also due to the feeling of fear of embarrassment. Self-consciousness and concern about being judged or viewed negatively by other people. 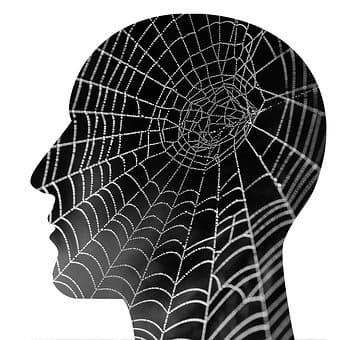 Now depending on what kind of situation it is that you need to be exposed to. The exposure can be a real one where you actually go to the place, or it can be an imagined exposure. Where the therapist helps you create the scenario in your mind because it's not one that's practical for you to actually be in.

An example of this would be someone who has post-traumatic stress disorder from combat, it's not practical to put themselves back in actual combat, so they create a scenario in their minds that's similar to the situation. There's also a technology now that stimulates virtual reality. It stimulates or simulates the scenarios to help people reexpose themselves to these anxiety-provoking situations, and it's called virtual reality graded exposure therapy.

It's more commonly used with military personnel, but nevertheless, it's an emerging field that will probably become more popular in time. Another common therapy approach for agoraphobia would be cognitive restructuring. Cognitive restructuring helps identify unrealistic or irrational beliefs that you have about your situation.

For some people, cognitive behaviour therapy is sufficient to treat their agoraphobia, but in more severe cases like someone who's completely homebound or someone who just needs a faster recovery than they can get with therapy medications may be the way to go.

Read: What is BPD? - 8 Symptoms of Borderline Personality Disorder


Therapy helps in a variety of different ways one it helps to identify real versus imagined causes of your anxiety. A lot of times it helps you to focus on what kinds of thoughts are going through your head when you have an anxiety or a panic attack.

A lot of times we have these feelings start to come up, and then we start to think very negatively about what's going on.

It starts out as a brain issue. You have various parts of your brain, once called your amygdala, and it's a small almond-shaped sized portion of your brain. That is your early warning detection device.

You're probably not going to fight the bear, you're going to run from the bear.

Your amygdala looks at when having we ever been in a situation like this before, what are the feelings that we're supposed to go along with this, and it doesn't all that's called pre-consciously or does it before your conscious brain can kick in and say oh no we don't really have to worry about the situation.

That therapy helps you to identify what those are, and kind of take the mystery out of them.

Like your heart beating fast. Well, your hearts designed to beat fast. I mean if you go jogging or do strenuous exercise, your heart's going to beat fast and people worried that I'm going to have a heart attack.

Actually, when you have a panic attack, or anxiety too, it's the opposite of a heart attack.

A heart attack is when your heart stops beating or just Quivers a panic attack, is your heart beating more quickly? and so people worry about am I going to faint because they feel dizzy. 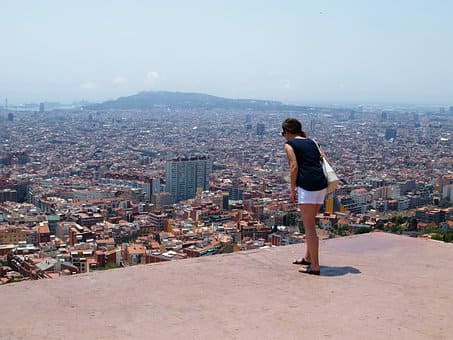 When you increase it, what's really happening is that you're probably not going to faint. The dizziness usually comes from because you've changed your breathing pattern, and you've changed your oxygen and CO2 content in your blood, and so it kind of gives you that dizzy kind of weird feeling.