The signs and Symptoms of General Anxiety and Panic Disorder

The most common or generalized anxiety disorder is normally characterized by excessive constant worrying, that worrying can be about a variety of different topics and can be so devastating for a patient.

Sometimes they will have problems with their sleep, their eating schedules and even sometimes manifest with physical symptoms such as headaches, abdominal pain and heart racing symptoms as well.


Along with that their bodies are often very active their muscles may be tense they may have trouble sleeping their minds are active so they may have real trouble initiating sleep. 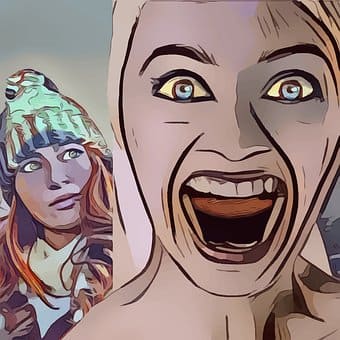 Additionally, they can feel irritable and this may be noticeable to other people they may voice their worries fairly commonly. In the case of generalized anxiety disorder, the diagnosis is often made in an office with a psychiatrist or other mental health professionals like a psychologist or social worker.

It's done generally on the basis of an interview and a clinician will be trying to assess the degree to which worry is interfering with your life. In the case of generalized anxiety, we're looking for someone who is worrying in a way that is clearly inhibiting them getting in the way of their enjoyment in life or their ability to function socially or occupationally.

Other symptoms that are associated with generalized anxiety disorders such as sleep problems, muscle tension symptoms, other cognitive memory problems that might go along with chronic worry.

Often people are distressed and feeling as though they could die maybe lose control or do something very impulsive. 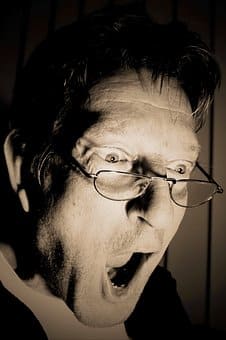 These are discrete periods they often don't last more than 10 minutes but that occurrence becomes a very catastrophic event and people can actually start to anticipate recurrences significantly.

They want to avoid crowds, crowded places grocery store lines theatres any place where there'd be a possibility that they could not escape. When they start to avoid it creates problems their lives become narrower if it becomes too great they can develop a condition known as agoraphobia.

Agoraphobia is really a great avoidance of many many situations in the worst case scenario people with agoraphobia have a hard time leaving their homes.

Sometimes agoraphobia can occur without panic but more commonly we see panic disorder occurring with agoraphobia, so these are very debilitating conditions create lots of interference. People with these disorders often become dependent on others often are not able to drive or take care of business even going into grocery stores would be a real ordeal for such people.

The Symptoms of General Anxiety and Panic Disorder


General anxiety disorder and panic disorder of both anxiety disorders with unique differences. GAD is a mental condition that is characterized by excessive and uncontrollable worry about everyday life events and the future.

Panic disorder is characterized by panic attacks that can occur for seemingly no reason at all. 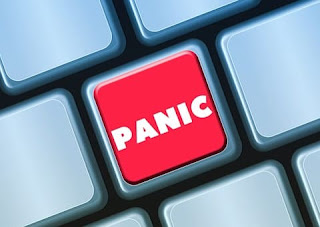 They both can also happen during or directly after a traumatic event. there is not one single cause for GAD it is believed to be caused by a complex interaction of genetics, brain chemistry, personality factors and the environment in which the afflicted were raised.

Traumatic experiences and stressful life events can also trigger a person to develop GAD. the symptoms for GAD are as follows constant high levels of worry about everyday things or things that do not normally warrant anxiety.

Inability to let go of your worries even if you know they are irrational or unrealistic, feeling restless, irritable or on edge, problems concentrating problems with sleep either difficulty getting enough sleep or sleeping too much being easily frightened or startles.

Cognitive behaviour therapy involves two things managing cognitions or thoughts. that is clinician would try to help the sufferer change the way their thinking challenge their style of worry or even expose them to worry so that they could actually have a similar thought without all the tension.

The behaviour component is a behavioural intervention where we might want you to behave differently toward your thoughts or learn specific skills like a mindfulness skill.

Mindfulness involves learning how to watch thoughts rather than fix them or get involved with them or figure them out learning a simple task of sitting quietly and watching thoughts float by.

Almost like a breeze passing by your cheek rather than getting involved in thoughts might be one behavioural exercise that would be involved in the treatment of generalized anxiety.

As with most conditions in psychiatry and psychology combined treatments are most preferable that is combining both medications with behaviour or cognitive behavioural therapies works best.

Some people prefer not to use medicine some prefer not to do psychotherapy and there are some areas in the country where you can't do both but it is ideal to sample both particularly when the interference is severe.

Many times it's warranted to just try a psychotherapeutic approach if the interference isn't great.

If however you're experiencing a great deal of suffering have a hard time mobilizing yourself then medications are often warranted to kind of quite what's going on in thoughts and in your body so that you can learn the skills required in psychotherapy. 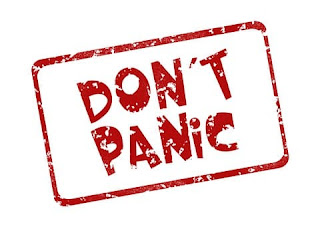 Panic disorder is defined as having recurring and regular panic attacks often without any apparent cause. panic attacks bring about a sudden rush of intense fear and panic whereas general anxiety disorder is a slowly increasing and constant feeling of apprehension and unease about both the present and the future.

Signs of a panic attack are intense feelings of panic and stress, trembling and shaking, sweating increased heart rate difficulty breathing, numbness or tingling in hands and feet feeling dizzy or lightheaded, chest pain, feeling unreal or detached from yourself.

Due to the terrifying nature of a panic attack and the feelings of pain in the chest area many people experiencing them.

An attack can last from a few minutes to an hour and after it's over some people recover quickly and to never experience another.

Others may start to happen more regularly and the experience can be so frightening that they constantly worry about when the next one will occur.

The symptoms of general anxiety disorder and panic disorder can successfully be reduced or controlled using medication, for GAD therapy and counselling can be helpful and becoming aware when your worries are unrealistic or exaggerated along with instilling positive thoughts instead of negative ones.

For panic disorder medication and therapy can help manage symptoms so that you can calm yourself down when you feel an attack is coming on.

Anxiety disorders can affect anyone no matter how strong or successful getting treatment for anxiety does not mean admitting weakness but means choosing to live life on your own terms without letting those worries hold you back.

If you know someone who struggles with anxiety telling them to stop worrying or to get over it will not help, oftentimes they know that they are overreacting and behaving irrationally. 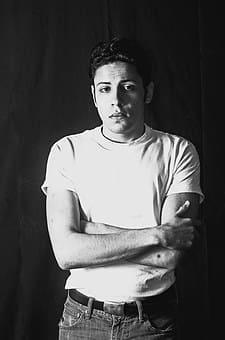 However the fear of panic and feelings of anxiety are still very real, don't judge and let them know that you are there to support them without adding any additional pressure. Simply spending time with them and showing that you value them despite their anxiety will have a bigger effect than you can imagine.